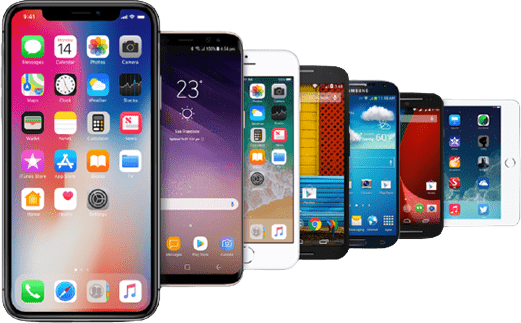 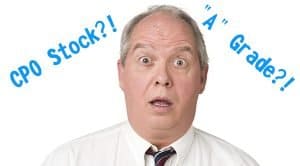 Dirty secret behind CPO stock –what is it, really?  “A” grade same as CPO ?!

Hi there, this is David,

As a member of countless WhatsApp wireless phone trading groups I noticed a lot of CPO stock offers coming at group participants form different directions. A new and alarming trend has picked up in the last year or so. Bottom line, otherwise reputable traders call A grade used phones – CPO stock. This is especially true for non Apple product where it is difficult to verify whether the product is really CPO.

Now a word about this term: “CPO” – what is it? It originated with Apple introducing into the market Certified Pre-Owned devices. Apple would refurbish used phones at company certified facilities, replace the glass, case, and any other visibly used components of the device, then put it back into the market with renewed 12 month apple warranty upon activation of the device by a new owner.

Since then, the term CPO has begun its new sneaky life and all kinds of stock is being called CPO these days. For example, when you see an offer for HTC M9 (CPO) , or Samsung Galaxy S7 (CPO), there is a near 100% chance, from my experience, that such offer is for a used A grade phone that can be passed as “new” (unless you begin studying the glass for almost invisible micro scratches). The seller purchases film (lens tape) , often with originally looking print, covers the screen and passes the product as CPO.

Why is this bad? Above all, you don’t get your 12 months factory warranty that CPO stock is supposed to be getting. You are being sold used product under a clever disguise and you are overpaying dearly for the dust off job and a lens tape sticker.

So what do you do? Just ask the seller – does It come with 12 months factory warranty? And if the answer is NO, ask them Why are you calling this stock Certified Pre-Owned? Who Certified it?!?

Used iPhone prices are set to plummet, don’t be caught holding the bag. 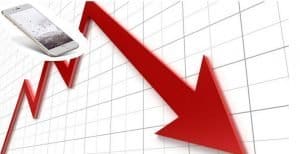 Every year around September this story repeats itself, new iPhone model comes out, people begin to trade-in their older versions in droves, BrightStar and other collectors swell to the point of rapture with all the trade-ins through ATT, Verizon, and 100s of others available to consumer trade-in programs. Supply of used phones quickly outpaces demand this around this time of year and the prices begin to drop.

EBAY is the best way to track used iPhone pricing in the world. Remember, it is a huge market where “the invisible hand” that regulates the current pricing is very much at play. As an experienced eBay seller in the past, I had collected a lot of sales data on iPhones year over year. The pattern repeats itself to the “T” every fall.

5 days before the release day first cracks in pricing appear. Sales at the stable for the last 9-10 months price slow down dramatically, and eBay customer demands first price concessions. In the following 12-15 weeks the price on the obsolete models will fall by about 30% (where older models will take a slightly lesser hit). The fall will be a gradual week to week decline with prices coming down slightly faster during the month of October.

An interesting phenomenon takes place during this time of decline. The wholesalers refuse to acknowledge the basic fact that this happens every year and keep insisting on the old prices. Every attempt to reason is refuted as nonsense. In the meantime, on the retail side, eBay and Amazon are already dancing to the new declining price tune. What does it mean for you ?

It means someone will be caught holding THE BAG of sh*t in the middle, between the wholesalers and the retail. Don’t be that someone – BUY REFURBISHED SAMSUNG phones this time of year.

Why Chinese suppliers keep sending you bad product and why they won’t answer all of your questions in an email ? 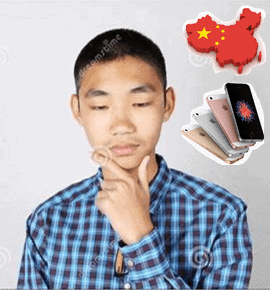 This is a very quick note on why do MOST Chinese suppliers don’t answer all the questions you ask them in an email. And why the quality of product you buy from China is more likely than not to be subpar.

The reality of it is, and I have to balance the truth (as I see it through the eyes of someone who lived in China for a very long time) with political correctness. So, I will give you some clues, but you really have to make an effort and read between the lines.

Let’s say you shoot an email to a new prospective supplier in Shenzhen, you ask them 1. 2. 3. 4. You even meticulously  indent and numerate your questions “lawyer style”. Now you are going to get your 4 answers about MOQ, production time, payment terms, and warranty issues … right? Well, wrong. If you are very lucky you will get 3 out of 4 answered. Most likely only two semi-randomly selected questions will be answered.

Another scenario; you began working with a supplier and have been buying some trinkets, or maybe even electronics, such as refurbished mobile phones (wink, wink), but the RMA rate is at 8-10%. You get these phones delivered to your office, you test them and a bunch of them just won’t power on, no signal, bad LCD screen, other issues. “Why?”, You ask yourself. Didn’t I write to you about this same slue of problems 3 times already? Didn’t you promise me to triple check every unit?

Here is the clue to why MOST Chinese suppliers don’t answer all the meticulously numerated questions and why no mater how much you complain about the quality, little to no change in quality will ensue. These supplier behaviors and outcomes stem from the same attitudinal root cause.

The politically correct way to describe it is this : in Chinese , the name of the country means the Middle Kingdom. It is the center of the universe, it is the land of superior and proud people (not necessarily versed in how to run a business western style though) who on the deep seeded collective narrative level resent the thought of needing anything from outside the bubble. You are just not perceived as equally “smart” or important as a customer, or as a person.

Yes, in theory the profit motive should override the collective narrative. But it does not, or not all the way, or not enough so. The profit motive just can’t battle out the worldview that was acquired with mother’s milk. Think about the Santa Clause narrative in western culture. You know he does not exist, but, yet his image, and the chimneys, and the socks, and the Christmas tree are all part of your reality and affect what you do and the way you do it every year around Christmas time.

So, don’t get mad at your Chinese suppliers, their world is a different and very special bubble. All you can do is have your crack QA team on the ground in China or (wink, wink) work with www.HK-Refurbished-Stock.com , at least if you are in the mobile phone business.

HK-Refurbished-Stock is the most reliable wholesale supplier of original used iPads, iPhones, and Samsung Galaxy phones from Hong Kong (and Shenzhen, China). We deliver the highest quality used iPads, iPhones, Samsung phones and do it with reliable consistency. Our QA process is unsurpassed, and our Customer Service is second to none. When Your business depends on the original used stock of Apple iPads, iPhones & Samsung phones - HK-Refurbished-Stock is your best partner. B2B Wholesale buyers - message us now.